Jäderlund  Casting provides the entertainment industry with a wide range of talent, we offer a full range of services for every type of production on the East Coast, with locations in Richmond VA, Times Square – New York ,  Atlanta (Buckhead​) Georgia  and Washington D.C.
Some of Jäderlund’s Credits include ​Field of Lost Shoes, To Have and To Hold, The Box (Warner Bros) Jäderlund’s ” Period & Living History Casting” include such projects as HBO’s John Adams, Additionally, Jäderlund provided casting services  for Captain Phillips (Starring Tom Hanks) which was directed by the acclaimed director Paul Greengrass– Director of The Bourne Ultimatum, United 93 and The Bourne Supremacy.
As you review, from our numerous credits we have been the key contributor for creating realistic atmosphere’s for feature films both union and non-union.​
Jäderlund’s efforts and involvement have landed  his projects  in some of the world’s most prestigious Film Festivals (Sundance Film Festival, Cannes  Film Festival, Tribecca Film Festival and the Berlin  Film Festival) – consecutive years
We have successfully worked with the Feature Film, Commercial & Government Industries. These opportunities have enabled our company to build the knowledge and skills necessary to effectively handle sourcing of all talent for specific campaigns. These campaigns ranged from Civilian to Active Duty Relations, PSA’s, and Innovative Technology media delivery to Major Motion Pictures. All of our clients have relied upon our services to provide realistic candidates for Specialty breakdowns including PERIOD breakdowns (NATIVE AMERICAN CASTING/AMPUTEES/SLAVE INTERPRETATION, etc.)
We have extensive experience with Living History Productions. Our past performance record clearly demonstrates  Jäderlund Casting’s ability to successfully manage this endeavor.
With such a diverse range of clients (WALMART, NASA , NIA) with specific needs, we have the proven ability to gain an understanding of the desired vision of our clients and through our unique skill sets, turn their vision into a reality. Our previous successful engagements demonstrate that we understand how to successfully manage the casting process. 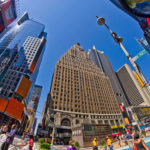 Our Offices are located in Times Square also referred  to as “The Crossroads of the World”, hub of the Broadway Theater District and a major center of the world’s entertainment industry. 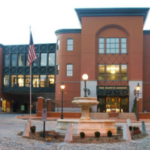 Ideally located in the heart of Downtown  Richmond, VA Nestled within the historic and vibrant Shockoe Slip district. We are conveniently located less than a 30 second walk from The Martin Agency “U.S.  AD Agency of the Year.”